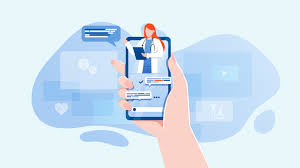 In a data-driven world, where everything can be digitalized, drug regulators and sponsors are increasingly looking beyond the confines of clinical trials. The use of real-world data (RWD) is becoming common in the clinical development process of a drug. RWD enhances the drug approval process, helps sponsors understand how a particular intervention really performs, and assists in clinical trial planning.

Since RWD dramatically reduces the drug approval time, regulatory agencies have emphasized its incorporation into Randomized Controlled Trials (RCTs). This advancement was made possible in the USA by the USFDA’s 21st Century Cures Act, (2) which incorporates the perspectives of patients in the development of a drug, biologics or a device. This act enhances the ability to modernize the clinical trial design and assessing the clinical outcomes in the real world, accelerating the overall drug development process

Though the data from RCTs are considered as the gold standard for drug approval process, drug agencies view RWD as a new avenue to inform the regulators of drug development and expedite the approval process. RWD provides insights into the clinical outcomes of diverse groups of patients in response to various treatments and interventions in real world. This is in stark contrast to the highly regulated or manicured atmosphere in which clinical trials are conducted – where a new intervention is tested on homogeneous group of patients. Since the clinical trial environment cannot be replicated in a routine care setting, the treatment outcomes may vary from what was observed during a clinical trial and how the intervention performs in real world scenario.

With the advent of technology and digitalization in the past decade, it has become easier to collect and store the data into a digital database. The increasing use of smartphones, computers, biosensors and wearable devices into RCTs provides real-time, rigorous and robust data. RWD can be collected prospectively as well as retrospectively from pragmatic trials or from observational studies. Additional sources of gathering real-world data are electronic health records (EHRs), insurance billing and claims, patient registries, patient reported outcomes (PROs), and biometric monitoring devices.

Using RWD and RWE in regulatory decision-making for drugs and devices has been on the agenda of regulatory agencies for a few years now. There has been a surge in approvals of more drugs with the help of RWE by the USFDA. From 1995 to 1997, FDA’s approvals based on RWE were 19.4 percent, which jumped to 47.2 percent between 2015 and 2017. (3)

A few notable examples where the USFDA has used RWE for regulatory purposes are as follows:

RWD and clinical trials is not an “either-or” situation. In fact, researchers can combine RWD and RCTs while investigating a medicinal product. RWD can support many activities during the clinical trial phases of drug development. For example, RWD can be used during the initial study design and planning phases to validate the study protocol feasibility. The use of RWD speeds up patients’ recruitment and numbers, compresses startup time lines and reduces the cost of evidence generation.

Researchers have developed “mosaic methodologies” to blend the components of traditional RCTs into newly found RWE. These methodologies are as follows: (5)

Nonetheless, there are certain barriers to integrate RCTs with RWE. The major barrier is the ‘traditional mindset’ that the results from RCTs are the best possible evidence. These are evidence hierarchies that put RCTs at the top and RWE at a lower level. In order to make change, these hierarchies need to be revisited. There is a lot of work needed on the technical as well as methodological sides to convince the decision makers that the RWD is addressing an important clinical question in a robust and valid manner.

Thus, the smart integration of RWD has the potential to improve the quality, impact, validity, generalizability, and trustworthiness of RCTs. Probably in near future, using RWD in clinical trials will be second nature, but we – as an industry – must work incessantly to get to that point.

How can RWE Help in Optimizing Clinical Trials?

Communicating the Value of RWE to Stakeholders

Registry Studies and Considerations for Regulators

How Wearables Can Help In Evidence Generation?

How Important is to Maintain Clinical Trial Transparency?

How RWE can Impact Clinical Trial Design and Help in Decision Making?